British Rowers Make History on the Isles of Scilly

Two British rowers have made history on the Isles of Scilly today by becoming the first people to cross the Altantic in a modern open class pairs boat.

Elliot Dale and Chris 'Darby' Walters arrived at St Mary's Quay at 09:28(GMT), 60 days after setting off on the Precious Lives Atlantic Challenge from New York on Saturday 7th June at 10.28am (GMT). The 55-year old rowers from Cornwall had hoped to follow in the footsteps of the historic rowing pair, George Harbo and Frank Samuelson who crossed the Atlantic in just 55 days back in 1896.

Elliot and Chris narrowly missed their 55 day target but will still be only the second pair in the world to have ever achieved this incredible 3246-mile row. Over 60 days they battled 40-foot high waves, the tail end of Hurricane Arthur, near misses with whales and cargo ships as well as blistering heat, hallucinations and cut hands.

Posting an update on their blog on Saturday 2nd August, Chris and Elliot said: "The last 200 miles. You would think that we would be excited, what we feel is that it may as well be 1000. The exhaustion and the anxiety about hitting the right spot in the Scillies means spirits are low. The highlight of the day was finding a piece of cake at the bottom of the hold which we shared with a cup of tea, I am eternally grateful to whoever from the Hospice made it for us."

The pair has raised more than £100,000 for Children's Hospice South West after visiting Little Bridge House Children's Hospice in Fremington, North Devon. They were so moved by the experience that they made the decision to raise essential funds and awareness of this regional charity which helps and supports children and their families who are living with life-limiting conditions (www.chsw.org.uk).

In another post from the boat, Chris said: "Despite how tough this journey has been so far, our thoughts still turn to the families and children at Children’s Hospice South West. Our journey has an end in sight when we can go home, relax and enjoy life again. Their story has a very different ending."

The Duchess of Cornwall became patron of the charity in May 2014, following a visit to the charity's Little Harbour hospice in North Devon the previous Summer. Speaking during the visit, Her Royal Highness said: “Before I visited a hospice I always thought that they might be sad places but it is completely the opposite, they are uplifting and very, very special, and I think that this is one of the most exceptional places I have ever seen." 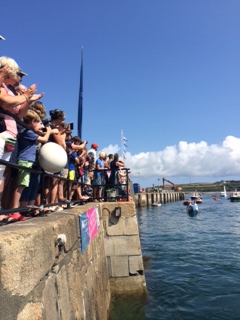 Crowds gathered at St Mary's Quay to support the rowers who have raised more than £100,000 for Children's Hospice South West

A crowd of supporters gathered on the quay to welcome the rowers home this morning and the pair looked elated and overcome with emotion upon reaching dry land.

Duchy of Cornwall Harbour Master Dale Clark said: "This achievement is an inspiration for us all. We are in awe of their courage, determination and stamina to complete what has been a gruelling and challenging crossing of the Atlantic Ocean. The weather conditions they faced were extreme at times and to have completed this row and raise such a large amount of money for CHSW is truly heroic. Well done Chris and Elliott!”

Anyone wishing to sponsor Chris and Elliot, and help to raise money for Children's Hospice South West can still do so via their Just Giving page - http://uk.virginmoneygiving.com/team/precious-lives-atlantic-challenge 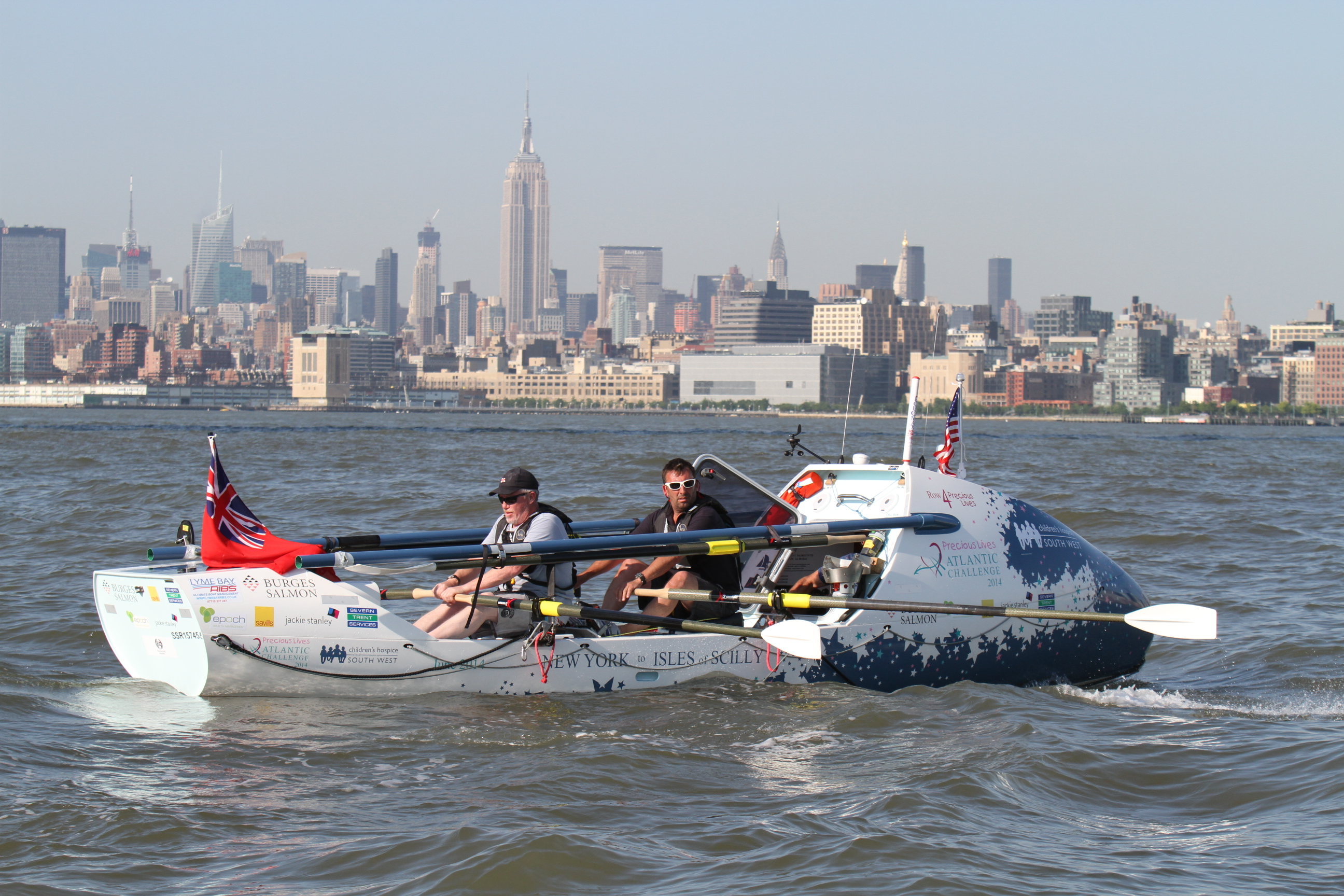