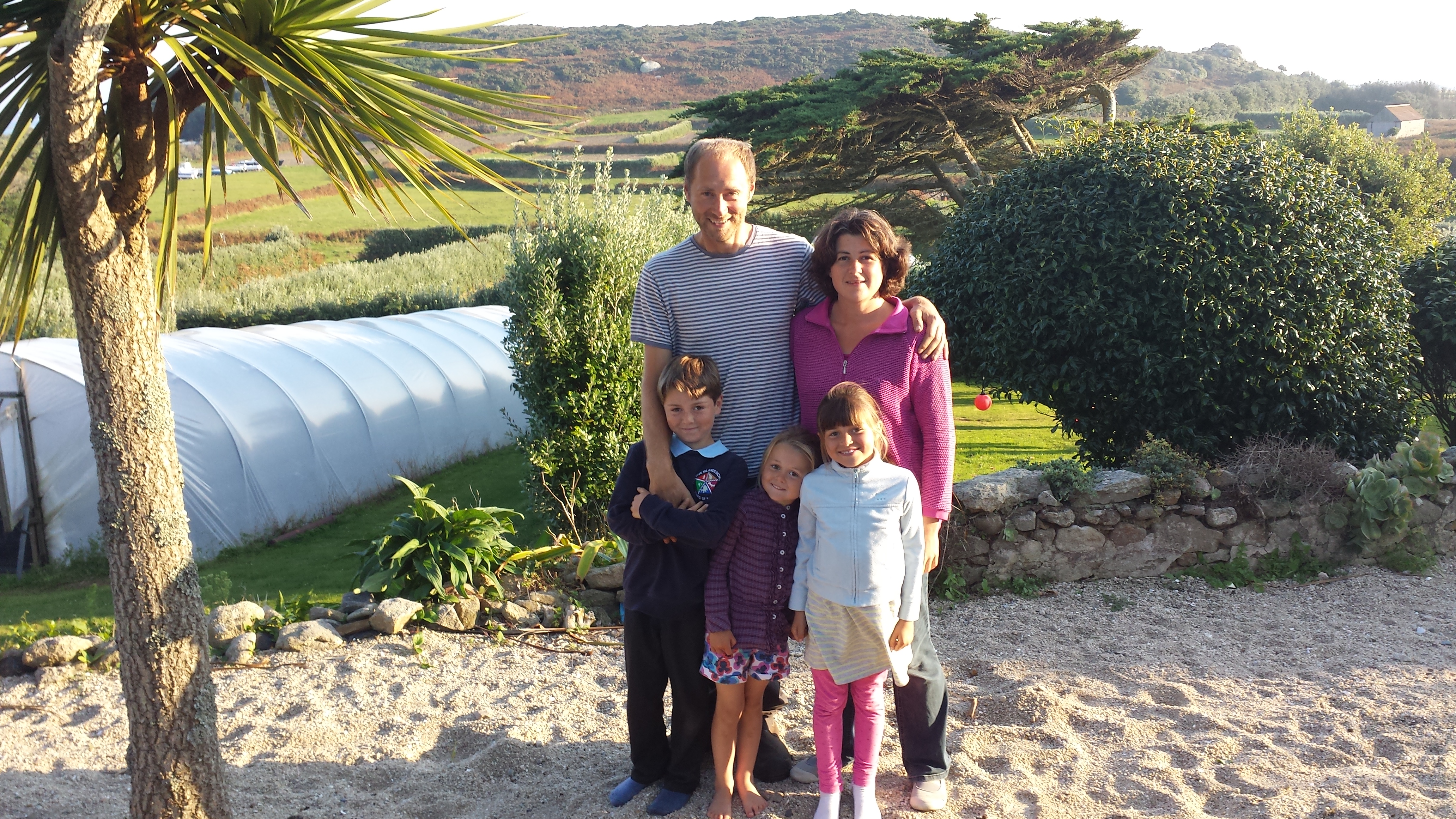 A rare opportunity to run a farm on the Isles of Scilly has led to one family from  Cornwall starting a new life on the island of Bryher. Graham and Ruth Eggins from Liskeard had been holidaying on Scilly with their children, Sam (9), Lizzy (7) and Martha (5) for the past 14 years when they saw an advert for a new Duchy tenancy during a visit in 2014.

Hillside Farm became available when former tenants, Paul and Ruth Jenkins, decided to retire, prompting a flurry of applicants wishing to take over the property. Following 38 notes of interest, the Eggins family have become the newest tenants on the Isles of Scilly in 18 years, moving into Hillside Farm on September 29th.

The property comes with the new benefit of additional grazing land under agreement with the Isles of Scilly Wildlife Trust, which allows the new tenants to graze the Wildlife Trust’s coastal heathland.  Hillside is known for its veg stall which is very popular with islanders and visitors alike and the Eggins intend to add to the current offer, with more soft fruits like raspberries and strawberries as well as fresh herbs.  They also have plans for livestock, including the introduction of saddleback pigs and four North Devon cows with calves, which will be brought to Bryher in order to start beef production on the island.

Graham previously worked on a 460 acre mixed farm whilst Ruth worked as a nurse.  The move  to Hillside Farm is a chance for Graham and Ruth to work together as a couple and to spend more time together as a family.  They are excited to start this new chapter and say they hope to maintain the high standards achieved by the previous tenants, Paul and Ruth Jenkins.