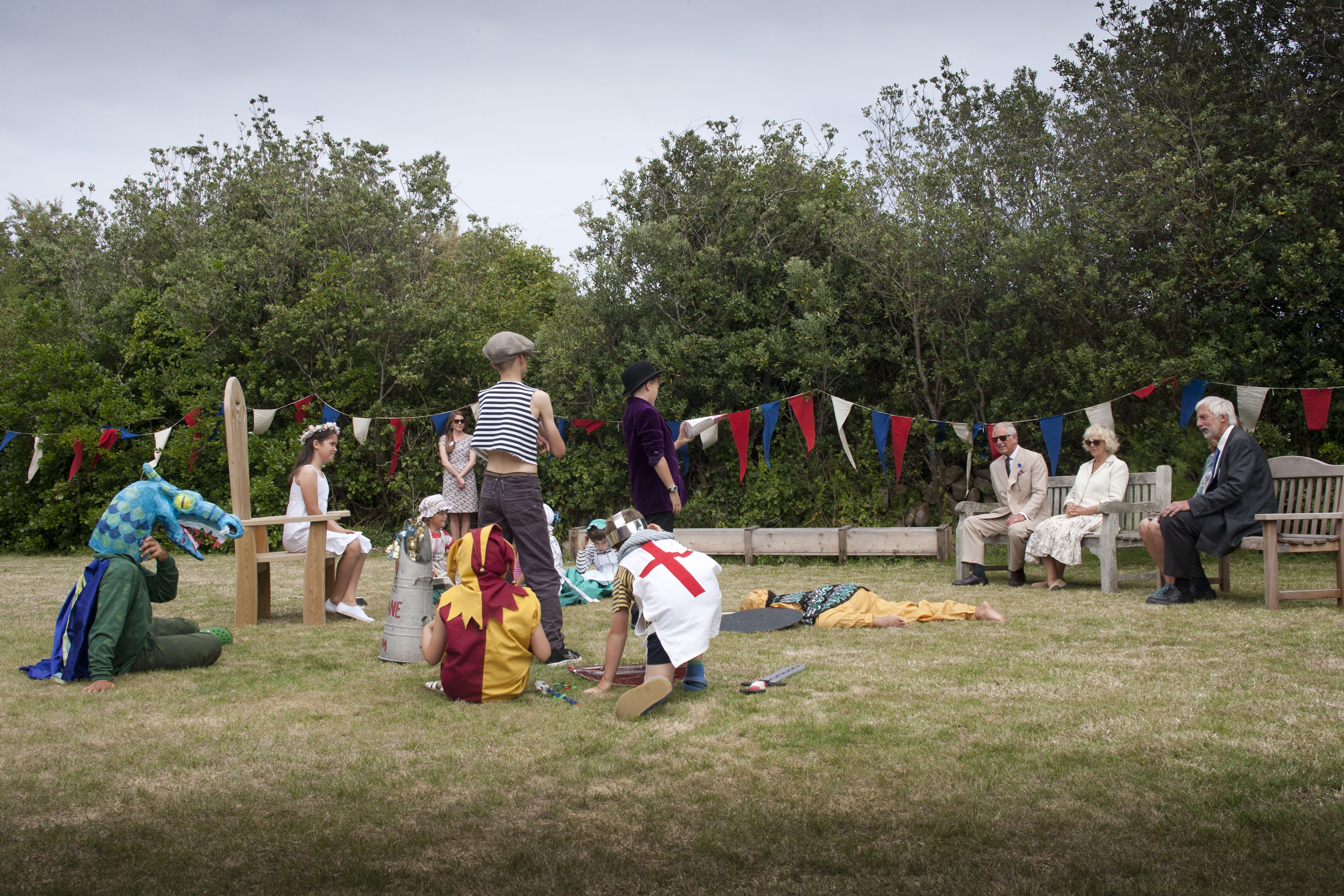 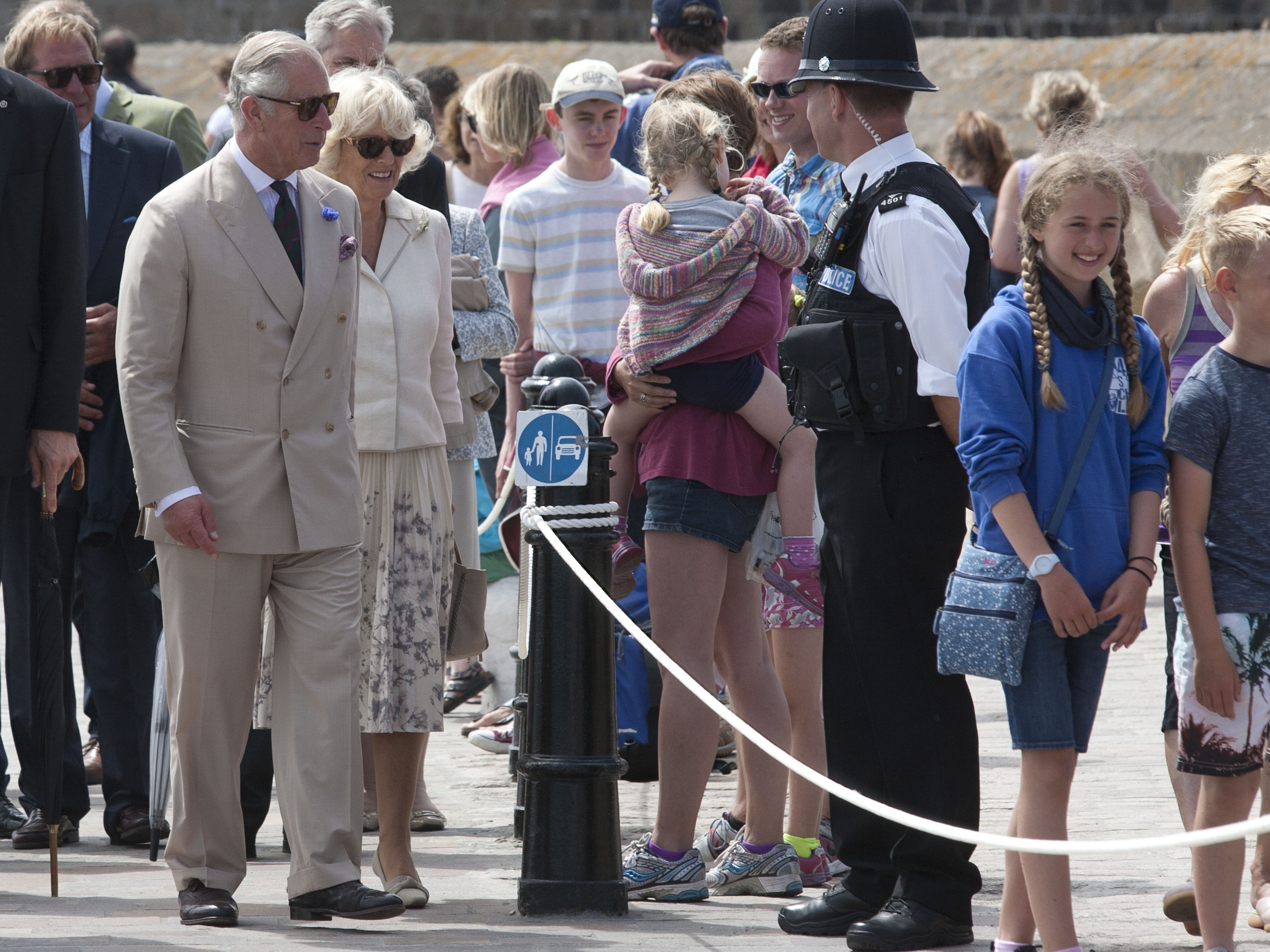 The Prince of Wales and The Duchess of Cornwall made their annual joint visit to the West Country from Monday 20th to Wednesday 22nd July. Tourism was a key theme of the three-day tour which began in Padstow and also featured the Isles of Scilly and Newquay. 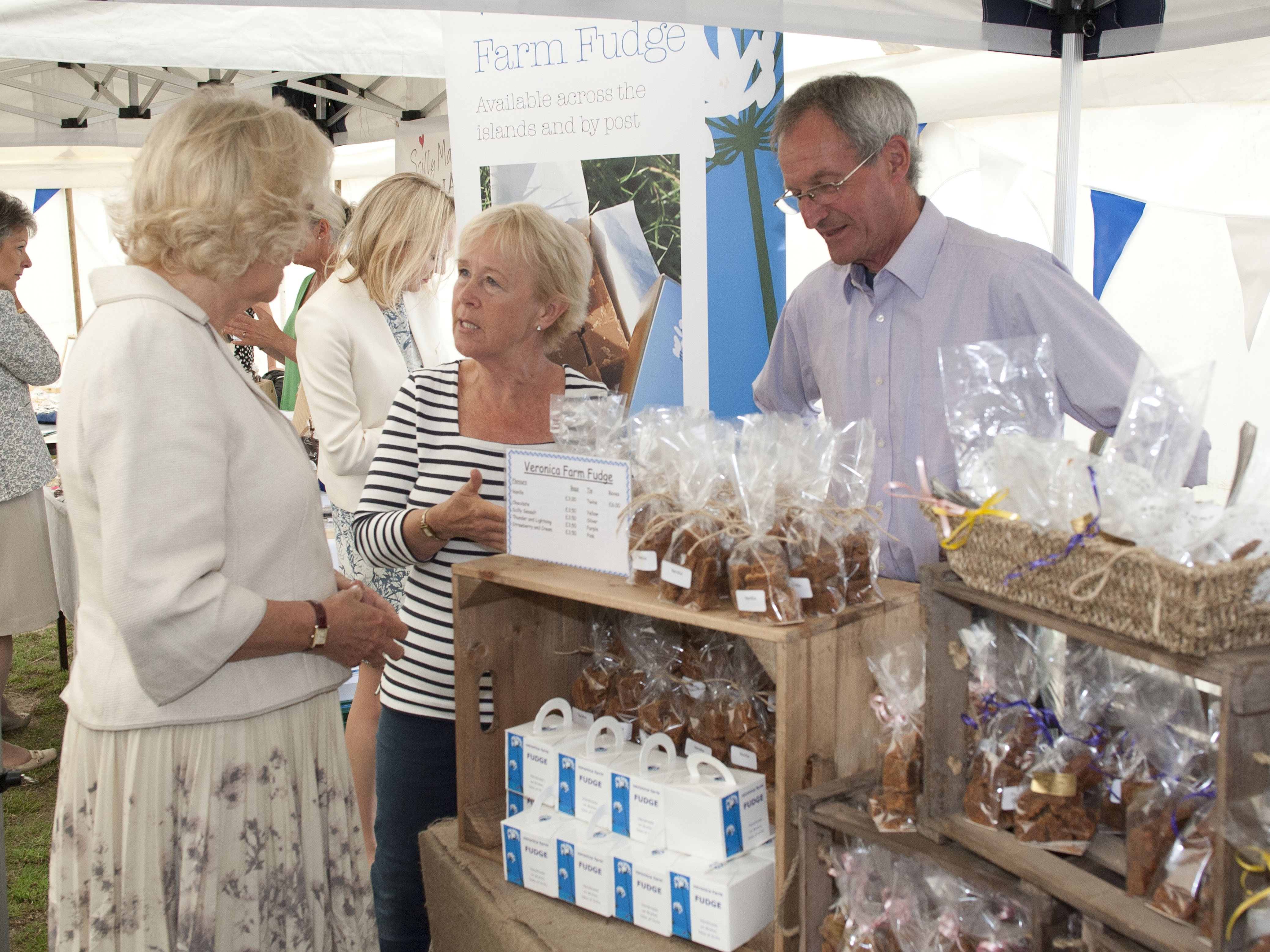 On day one, The Duke and The Duchess visited the harbour town of Padstow which is famous for its food and drink culture. Their Royal Highnesses met local fisherman and RNLI crew members as well as representatives of Shelterbox, an international disaster relief charity of which The Duchess of Cornwall has been President since 2007. Their Royal Highnesses popped into local shops and chatted to crowds as well as visiting the restaurants of celebrated chefs, Rick Stein and Paul Ainsworth. They then braved the wet weather to explore the Lost Gardens of Heligan near Mevagissey, which were rediscovered 25 years ago, buried deep in the Cornish countryside. The Duke then made a final stop at The Falmouth Arms in Ladock, Truro, to see how it is providing the local community with essential services as part of his 'Pub is the Hub' scheme.  During his visit, The Prince pulled a pint and borrowed a book from the pub's library as well as seeing its portakabin shop and car park post office.  He also met landlords from other pubs which are part of the 'Pub is in the Hub' network in the South-West. 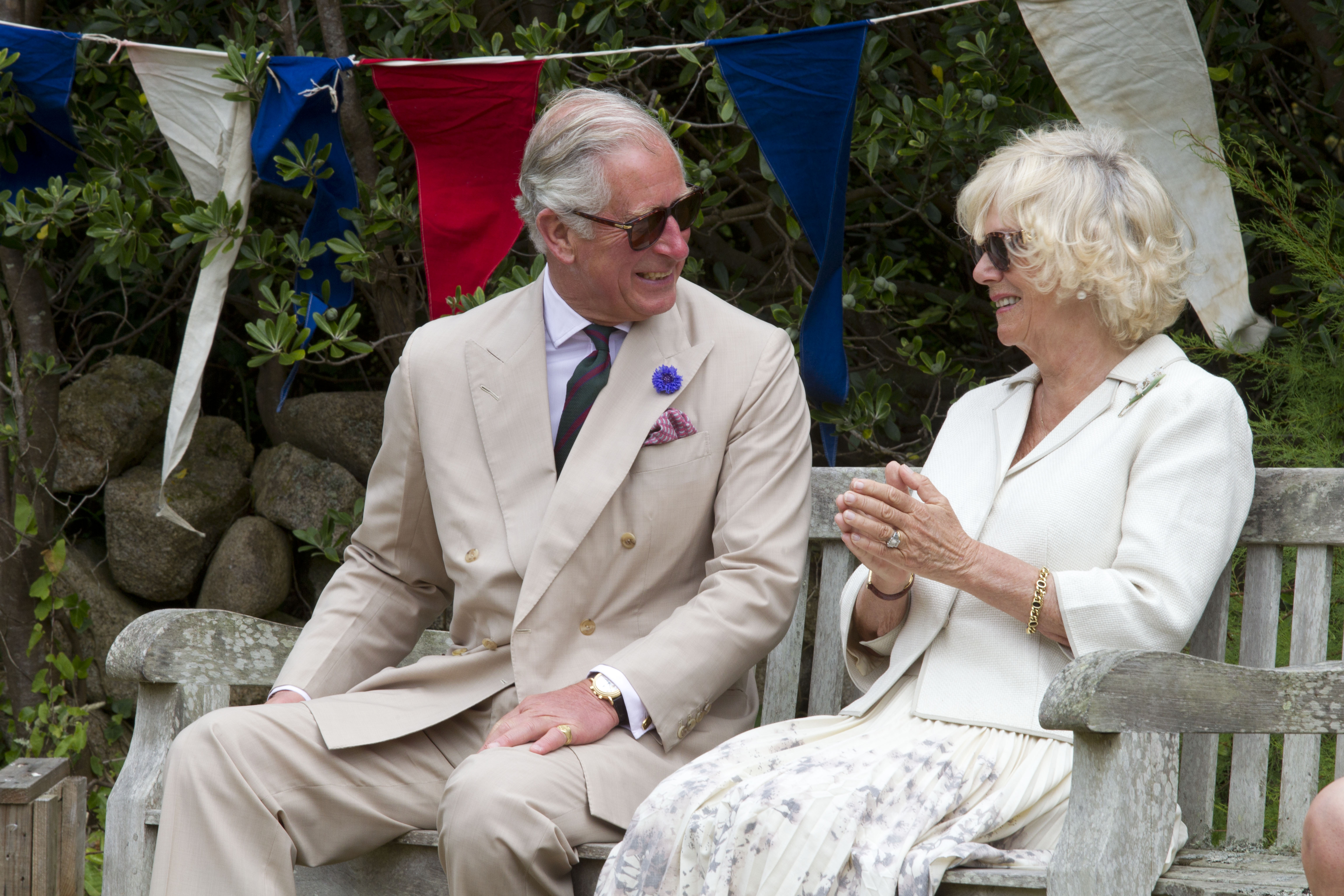 On Tuesday it was over to the Isles of Scilly, a collection of more than 200 islands and rocks which have been part of the Duchy since it was set up in the 14th century. Their Royal Highnesses attended a market in St Mary's showcasing local food and crafts as well as learning about projects including the Islands' Partnership which is sponsored by the Duchy to promote tourism, which is a major source of income for the islands. Her Royal Highness went on to see the wine production process at HolyVale vineyard in St. Mary's before she and The Duke took a boat to the island of St Agnes. Here, Their Royal Highnesses spent more than three hours touring the island, stopping off at the local post office, church, farms, campsite and ice cream parlour, before ending the day at a reception for Duchy tenants at the new Island Hall where they were treated to a special performance of George and the Dragon by pupils from St Agnes School. 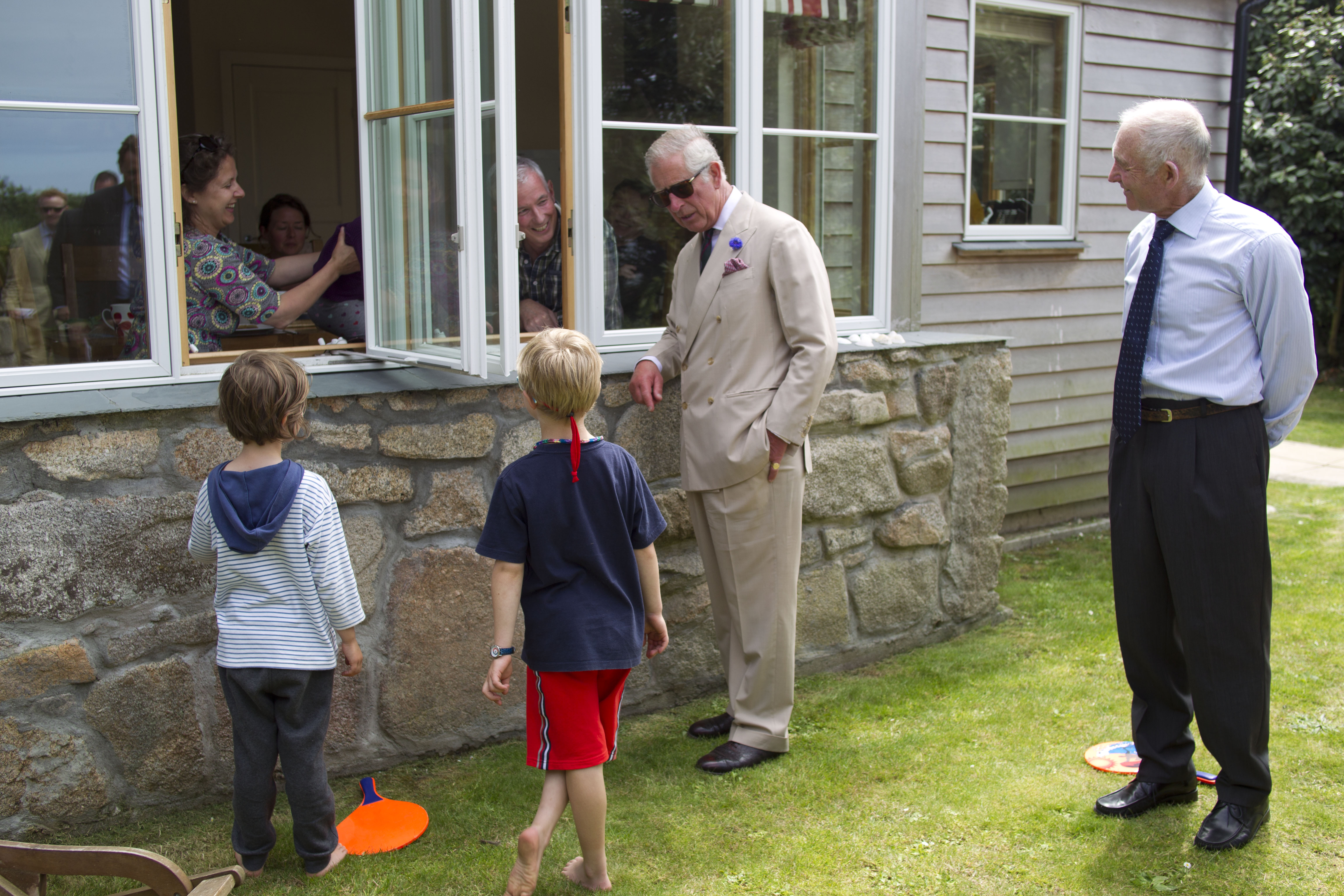 On the final day of the visit, The Duke and The Duchess went to Fistral Beach to take part in Oceans Plastics Awareness Day. The event highlighted the efforts of local volunteers tackling marine litter on the beachfront as well as the businesses and organisations working to promote recycling and stop plastics from entering the marine environment. Their Royal Highnesses had the opportunity to meet local school children taking part in workshops led by Surfers Against Sewage, as well as being introduced to environmental campaigners for the Marine Conservation Society, of which The Prince is President. The Duchess of Cornwall went on to visit RAF St Mawgan, a training station for all the UK Armed Forces specializing in survival, evasion, resistance and extraction (SERE).  Her Royal Highness viewed a demonstration of a rescue operation as well as learning about survival techniques for soldiers who become separated from their units. To round off the day - and this year's visit to the region - Her Royal Highness visited Cornwall Air Ambulance to see the charity's new rescue helicopter. Cornwall Air Ambulance flies around 700 rescue missions each year and The Duchess has been Patron of the charity since 2011.