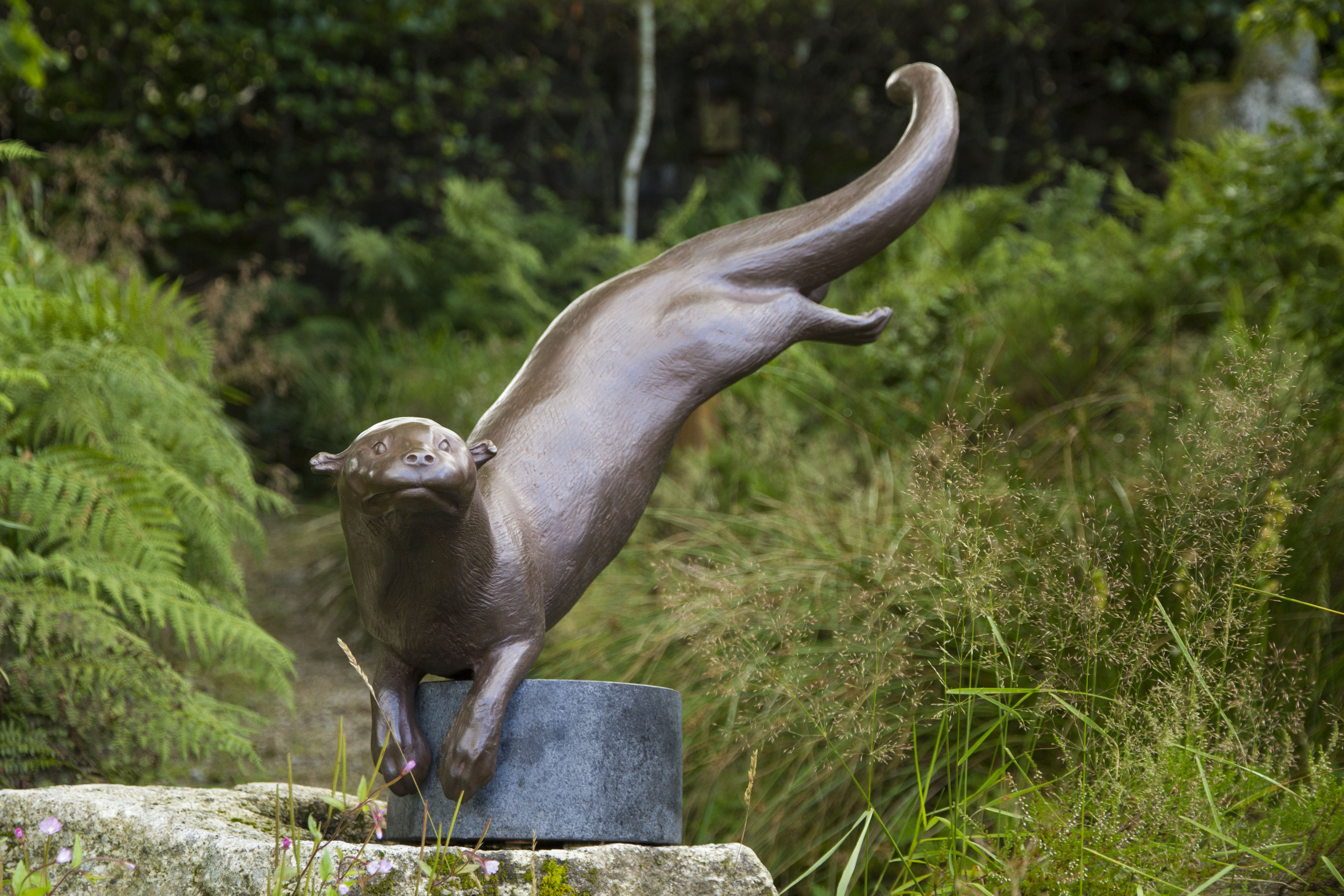 A Marcus Cornish sculpture commissioned by The Prince of Wales has raised £3,000 to support conservation work and rural skills training on Dartmoor.

The bronze otter was one of 100 uniquely decorated statues to pop up at businesses and tourist attractions across the National Park as part of an art trail organised by the Moor Otters Project; an initiative of Dartmoor National Park Authority and the first of its kind in an English National Park. From June to September, visitors to Dartmoor  could use an interactive map to find as many otters as possible and at the end of September, all 100 golden otters were auctioned, raising a total of £126,000.

The auction included the sculpture by Marcus Cornish, whose work can be seen across the world from The Prince of Wales's gardens at Highgrove to the Museum of London. Cornish has sculpted the Victoria Cross and George Cross memorial at Whitehall whilst his Paddington Bear creation has been a hit with thousands of travellers at Paddington Station.

Tom Stratton, Deputy Land Steward for the Duchy said: “Our Dartmoor Estate has been part of the Duchy of Cornwall since the 14th century and we're delighted to be part of a project that will help preserve the landscape and its wildlife for future generations. The Prince of Wales personally approved the design and it was excellent to have such assistance from Marcus Cornish in the creation of this  sculpture, which we hope will be much loved by its new owner."

Otters are indigenous to Dartmoor and were close to disappearing but have made a strong comeback over the past 15 years. This project has helped to raise a significant sum for conservation and related skills training on Dartmoor including a junior rangers programme for 13-16 year-olds, tackling invasive species, maintaining wetland habitats and repairing some of the more heavily used areas of Dartmoor.