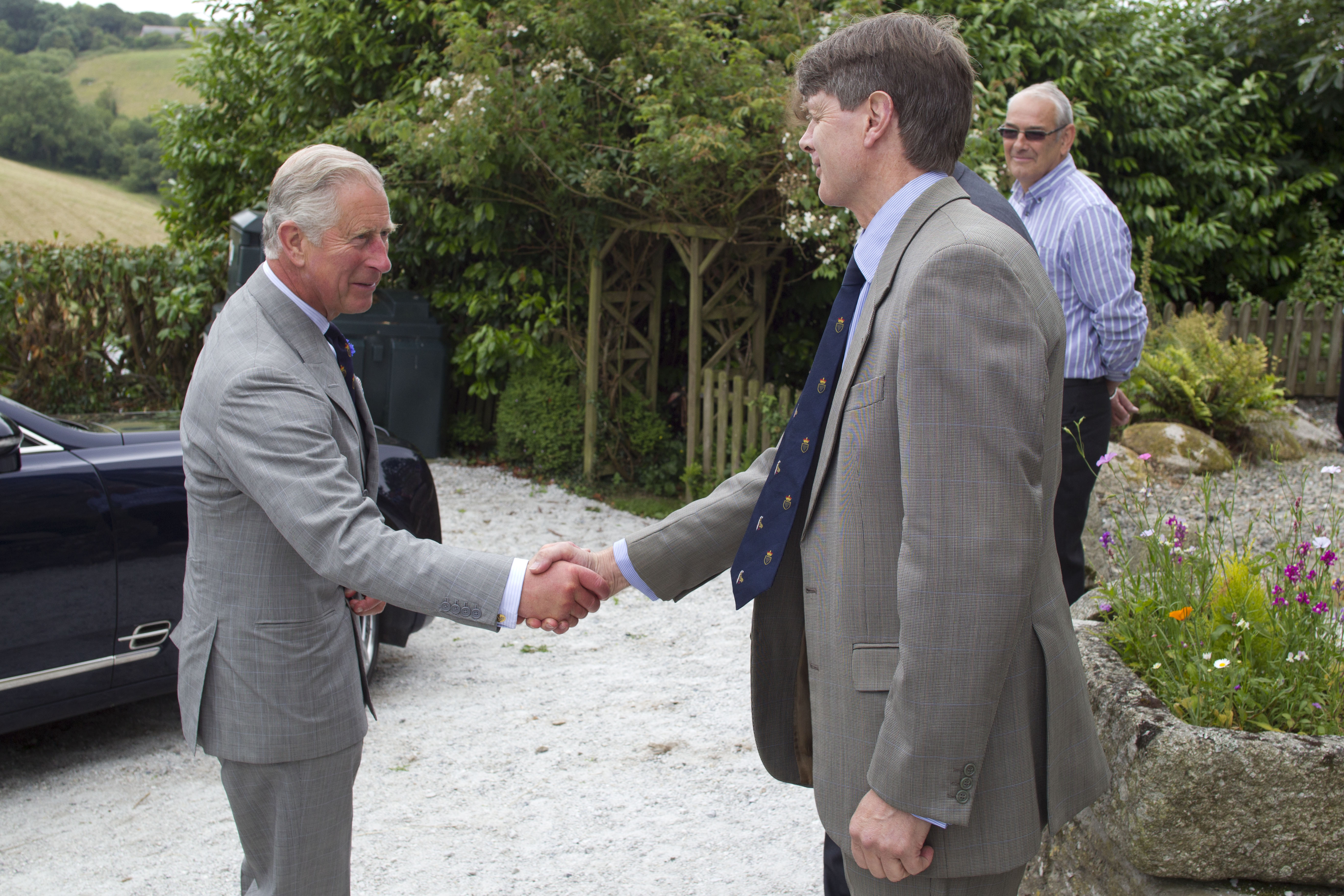 The Duke of Cornwall visits Roger and his team at the Duchy offices in Restormel, Cornwall

Since then, Roger has successfully increased the income of the Western District from £2million to £7million and overseen the sustainable management of 35,500 hectares of land, including farmland, woodland, rivers and foreshore. He is well known to local communities across Devon and Cornwall, having provided support to more than 1000 Duchy tenants who range from farmers to allotment holders and from residential occupiers to owners of small businesses plus a number of Councils and other organisations, boat-owners and fishermen.

Alastair Martin, Secretary & Keeper of the Records at the Duchy of Cornwall, said: "We are enormously grateful to Roger for stewarding the Duchy’s holdings in Devon and Cornwall with such skill and consideration.  The many accolades paid to Roger from a range of Duchy tenants show how popular he is."

Roger will continue to run Browda Farm in Cornwall, where he lives with his wife Lavinia and together, they have three children. Duchy Land Steward, Chris Gregory, will take over Roger's role from Monday 6th October 2014. Chris will continue to oversee the Isles of Scilly, which will be under the stewardship of Luke Humphries who recently moved to Scilly with his family to start his new role.