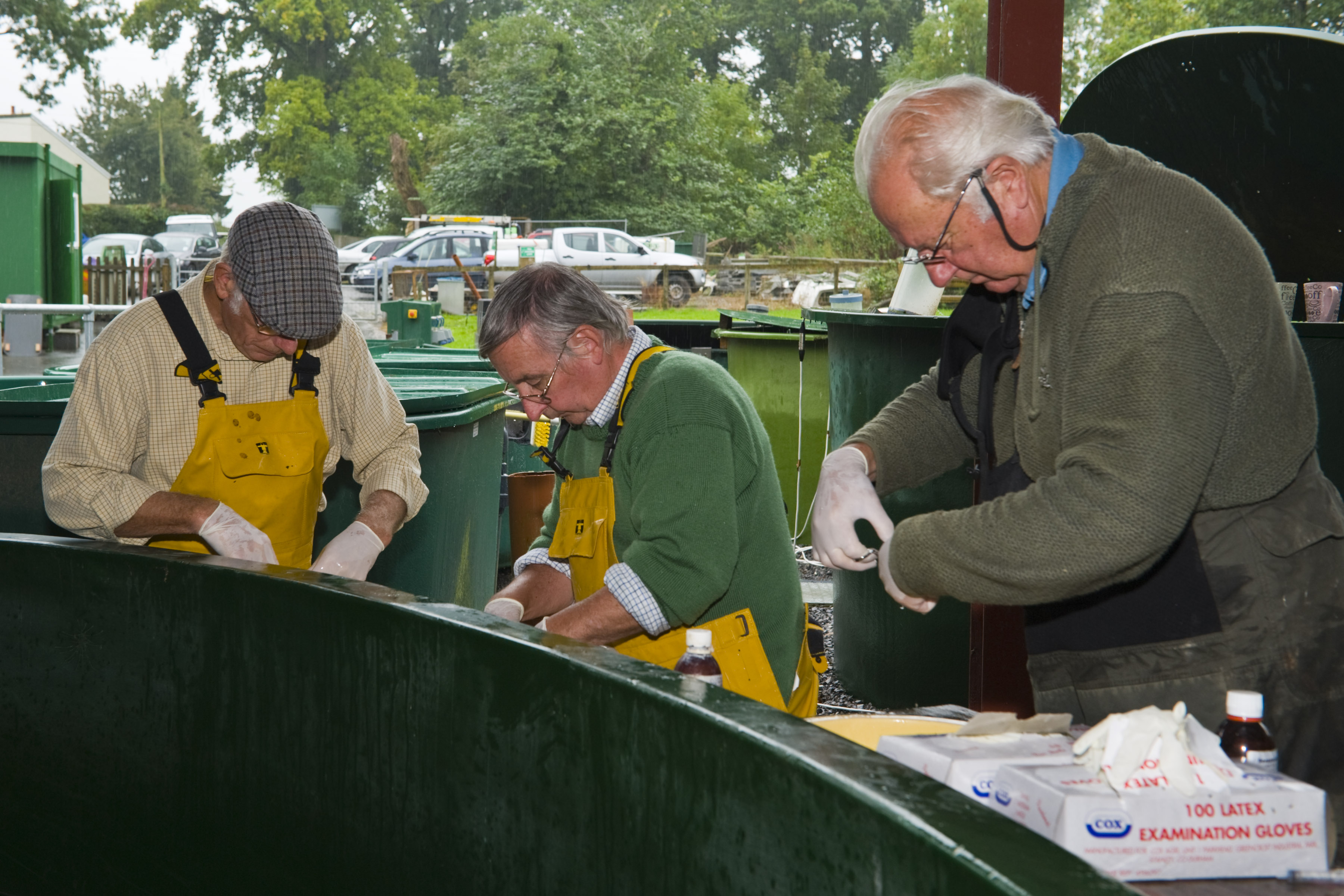 The Duchy of Cornwall is supporting a project run jointly by Natural Resource Wales, Wye Salmon Association and the Wye Salmon Owners Association , to boost salmon stock in the River Wye after catch returns decreased by almost 90 per cent in the past two decades.

More than 14,000 juvenile salmon,  have been released into a pond at Redbrook Farm at Harewood End in Hereford, where their growth will be nurtured and protected until they migrate as smolts to the North Atlantic in the Spring. The aspiration is that the fish will then return to the river in 2015 and 2016 as adult salmon to boost anglers' catches and breed naturally later in those years.

Following the success of a pilot scheme in 2011, the semi-natural rearing of Wye Salmon is now being rolled out across six ponds on the river between Tintern and  Rhayader, including the one at Redbrook Farm. Between them, the six spring-fed ponds have received 49,000 juvenile salmon "fin clipped" by 16 volunteers from Wye Salmon Association and River Wye Gillies Association along with staff from Natural Resource Wales.

The salmon at Redbrook Farm will be looked after by Tony Mobley, gillie for the Golden Mile Beat of the Wye. Tony will ensure fish are living and feeding naturally and safely in the pond, deterring potential predators and working with Natural Resource Wales to oversee the progress of the juvenile salmon parrs migration.

Stuart Smith of Wye Salmon Association said: "Semi-natural rearing differs from traditional fry/parr stocking. It combines the advantages of hatchery technology in achieving high survival to early juveniles, with real life experiences of a wild environment which is also protected from predation. There is substantial evidence that post release survival can be improved by acclimating fish in a natural environment."

Charlotte Ibbs, Assistant Land Steward for the Duchy of Cornwall said “ we are delighted to be involved in supporting this project and look forward to seeing increased salmon numbers in the Wye in the coming years”

The project represents part of a long term stocking strategy for the River Wye, with the objective of producing quality salmon whilst not placing any natural populations at risk.