A group of over 200 islands and rocks located 28 miles from Cornwall, the Isles of Scilly have been part of the Duchy of Cornwall since its beginning in the 14th century. Today the Duchy owns most of the land and nearly a third of the residential buildings on the islands. 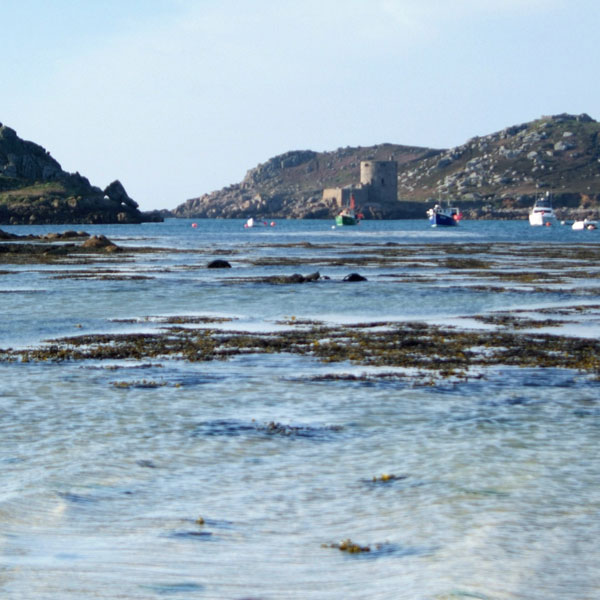 The Isles of Scilly

The Isles of Scilly are particularly popular during the long summer season when approximately 100,000 visitors come to the islands. Conservation organisations work closely with the tourism industry to ensure that these visits are carefully managed to safeguard the environment and wildlife.

Dating back to the 1860s, flower farming remains an important part of the local economy to this day. At its peak, at the turn of the 20th century, more than 40 tonnes of flowers were being shipped from the islands to markets in London several times a week. The Isles of Scilly is still famous for producing the scented narcissi flowers, which thrive in the narrow fields and mild climate.

Frost and snow are a rare sight in Scilly, and the islands are characterised by some of the finest beaches in Britain, exposed granite headlands, white sandy coves, rugged moorland and small, square fields, which shelter the yellow narcissi from Atlantic storms.

In 1975, the Isles of Scilly were designated as an Area of Outstanding Natural Beauty (AONB), and the Duchy supports a number of conservation projects that protect and enhance the landscape. In particular, The Isles of Scilly Wildlife Trust, which manages around 60 per cent of the area of the Isles, including the uninhabited islands, plays an important role in protecting wildlife and their habitats. The Trust pays a rent to the Duchy of one daffodil per year!